A Few of My Least Favorite Quotes 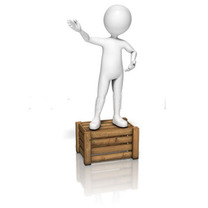 There have been so many things said and written about the events of January 12th.  Some have been inspirational and give me hope.  Those things have come from other families who are outraged and saddened by Ethan's death.

There have also been things that have made me furious!

Those things have been embed within the so called "facts" of the case, or come from people who feel the need to comment on something they know nothing about.

Here are a few of the quotes that fuel my rage, and make me certain that more needs to be done.

So why isn't this enough?

These things, the ugly and the beautiful, should be enough to motivate the public to action.  Why isn't there more public outcry?  How do we get these things circulated enough and create enough community tension to qualify for help from the DOJ?

This week, I'm spreading these quotes in hopes of doing just that.  I'm contacting people I know who are outside of the Down syndrome community and hoping they'll see the need to get involved.   I trying to widen the circle of support.